In 1902, Roberts and Minnie LeBoutillier, world travelers and importers, settled in Wayne, Pennsylvania and started building Panhurst Farms. Their dairy operation supplied and delivered bottled milk to the Wayne, Pennsylvania area. Those original Panhurst Farms milk bottles are collectors’ items to this day. Roberts and Minnie had two sons, Charles and Henry.

Roberts and Minnie’s son, Henry LeBoutillier, married Dorothy Whetstone in 1922. He started an industrial gas carburetor and compressor manufacturing venture called Selas Company, (now Selas Corporation of America). When his father and mother died in 1931, Henry and Dorothy moved back to Panhurst Farms and raised both vegetables and livestock. They had six children: Dorothy, Miriam, Edith, Roberts, Susan, and Henrietta. In 1975, the Panhurst Farms property was sold.

FROM PENNSYLVANIA TO INDIANA

In 1962, Francis Farr, a physicist from Schuylkill Haven, Pennsylvania, married Henry & Dorothy’s daughter Edith LeBoutillier, a biochemist. They had two children, Henry and Jennifer. In 1973, they purchased 365 acres near Albion, Indiana where they again started Panhurst Farms. Francis and Edith’s main emphasis was milk and Holstein breeding stock production. Panhurst Farms remained in Albion, Indiana until 1998 when the farm was sold. Looking back on their growing up years, Francis and Edith’s son Henry recalls, “I learned a lot from my parents. Their perseverance, character, work ethic, and pioneer resolve impacts our family to this day as we continue the adventure – building Panhurst Farms in Morocco, North Africa.” 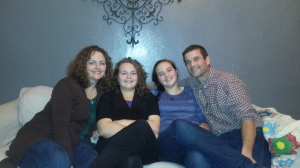 FROM INDIANA TO MOROCCO

Henry and CoCo Farr were married May 17, 1997 and have two daughters: Maredith and Lillia. Both girls love animals and farm life. Henry has gained much from his agricultural background on his parents’ dairy farm and in Morocco. He also has a Bachelor of Science from Taylor University-Fort Wayne. He brings to the farm mechanical and construction skills as well. CoCo adds a Bachelor of Science in Nursing from Indiana University-Purdue University of Indiana and community health experience. She brings practical health know-how to the people of the surrounding villages. Both Henry and CoCo have served cross-culturally and internationally since 1997. The Farrs describe the beginning of their adventure in Morocco as follows:

Living in Morocco, we experienced first-hand the need and potential for transformational employment among the rural poor. God had already given us a huge privilege of funds made available to us from the sale of the family farm in Indiana. We knew we had been entrusted with this money to be a blessing to others. So, in 2007, we formed the Moroccan legal entity Panhurst Farms Morocco, SARL (Société a Responsabilité Limitée) and began purchasing bare land located among the rural poor approximately 45 kilometers north of Marrakech, Morocco.

Why, out of all the places in the world, would the Farrs purchase land in Morocco? Henry and CoCo’s talents, experiences, and passion from the Lord to reach and serve among disadvantaged people resulted in their vision for an agricultural project which would:

Several reasons caused Morocco to stand out to the Farr family as a potentially successful pilot project location. Among these reasons are:

In 2008, the Farrs drilled two wells and, in 2009, installed a drip irrigation system on thirty of the existing fifty-five acres. At that point, the startup phase was nearly complete.Looking back on their experiences starting Panhurst Farms in Morocco, they recall,

The process of starting an agricultural venture in a dry and thirsty land has been both exciting and difficult for us. Our experiences are filled with both delight and heartbreak. However, our friendships throughout the surrounding villages, deeply knit together through these life-on-life experiences, are some of our most valuable treasures. The Moroccan people have taught us much, and our lives continue to be enriched during our time living and working among them. This has been excellent ground for building relationships and cultivating a vision for community transformation within us and our Moroccan friends.

The Farr family has not been alone in this work. They are part of a wider story which includes friends from local villages, Marrakech, other cities in Morocco, and from abroad. These all have worked along side of the Farrs using their marketing and business skills, time, labor, sweat, and financial resources.  Their combined input has helped to bring the project to its present stage of development.